Plastics are the high molecular mass organic synthetic polymers derived mostly  from petrochemicals that are highly malleable so that they can be easily moulded into different solid forms. They are low cost,  highly durable, versatile property, light in weight and resistant to water. That's why they have started using on a wide scale for multipurpose uses replacing many traditionally included articles like wood,  stone, horn, bone etc that ultimately lead to the problem of plastic pollution. 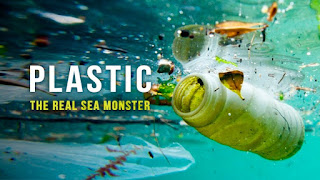 The main problem arised because of the non biodegradable nature of plastic that takes hundreds of years to disintegrate into simple substances that can be easily absorbed by soil,  water and air. Thus leading to the water, air and land pollution.

According to one estimation, about one billion tons of plastic has been discardrd since 1950.The problem started increasing with the entry of micro plastics within the food chain specifically through oceans. A research conducted come up with the data that since 1960, microplastics were started concentrating in the guts of seabirds. The most scariest thing is the entry of micro plastics in the food chain affectino the food web globally. Surprisingly,  50 - 80% of the marine debris is plastics. 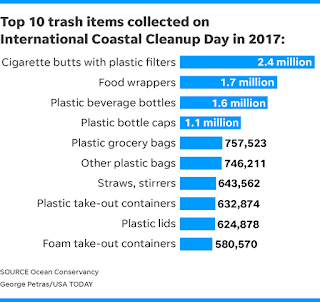 Ocean conservancy has found that some countries and rivers are the major contributors to the major marine plastic pollunion.
Recent research studies found that degradation of plastic takes place faster in ocean due to sun,  water and other environmental conditions although releasing a chemical known as bisbhenol A but the massive volume of plastic accumlating in the ocean is slowing down the process of decomposition.
It is surprising to note here that a foam plastic cup takes 50 years and a disposable nappy takes 450 years to decompose and much more is there. Unbelievable! In a recent survey by Global Oceanic Environmental Survey has announced that most probably,after 25 years there will be a breakdown of ecosystem in sea and ocean that will result in the collapse of terrestrial that is land ecosystem which eventually will result in the end of life on Earth.In order to prevent the Earth from such a disaster, although recommendations are prescribed like the Ban on single use plastic, planting greens more and more, recycling of plastics and no harmful discharge by the industries in the environment. 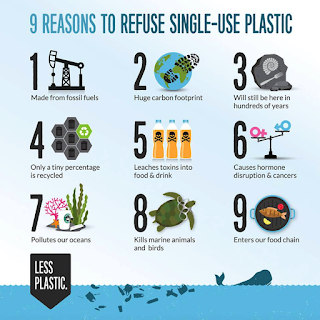 The recent survey suggests that plastic will result in the accumulation of green house gases equivalent to 800 millions tons of CO2 in the atmosphere in the current year 2019. Global warming is also affected by the plastic pollution. 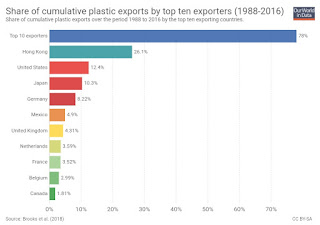 Incinerated plastics releases carbon emissions in the atmosphere and uncontrolled incineration of plastics results in the release of carcinogenic compounds.
In India, various initiatives have been taken to control the plastic pollution.

Recently, a decision is taken by the Government of India for the ban on every single use plastic items under the Scheme of Swachh Bharat Abhiyaan (part 2) Clean India( plastic free India) by the year 2022. Although in 2016 an initiative has already been taken for the complete ban on the plastics carry bags below 50 microns under "Plastic waste management rules 2016".

In the Independence speech our Prime Minister Narender Modi also addressed the nation for making Plastic free India.Indian Railways has started using Kulhad that is earthen pots at 400 Railway Stations as declared by Our Home minister Amit Shah. He further added that will not only boost up the handicrafts but also generate employment and foremost good for the environment.
On Mahatma Gandhi's 150th birth anniversary IGNOU announced the ban on single use plastic in the campus.
Recently,  India's first plastic to diesel conversion plant is inaugurated in Mathura and surely will fulfill the dream of Swachh Bharat Abhiyaan of India.
Alternative uses of plastics 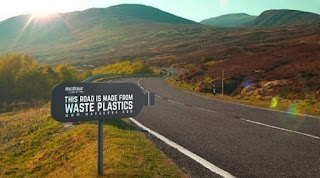 Plastics can be used to make roads impervious of water, more durable and low cost by combining plastic waste with tar on heating.

Plastic can be used to make low budget homes with beautiful and attractive looking. 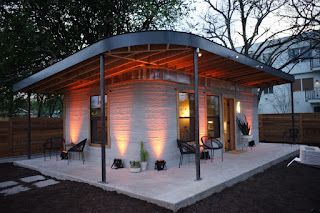